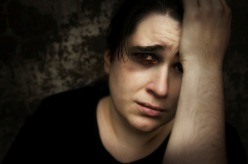 There are many different types of offences covered by the law on assault. Some low-level assaults are referred to as Common Assault or Assault by Beating. These offences can attract a range of sentencing options from a financial penalty to a community order through to custody. Other more serious assaults can be dealt with in the Crown Court. Whatever type of assault you have been charged with, do not hesitate to get in contact.

We have highly experienced lawyers who will be able to assist you in all assault offences. The following offences are given as an example where we are able to assist the suspect: